On 21 April 2021, the Bundestag amended the Infection Protection Act through the Fourth Population Protection Act, introducing the so-called ‘Federal Emergency Brake’ (Bundesnotbremse) which imposes, legally at the federal level, several mandatory measures for all territories exceeding certain infection numbers, in particular a curfew during the night. In several summary proceedings, the Federal Constitutional Court has meanwhile decided on the constitutionality of the ‘Federal Emergency Brake’. As of yet, none of the applications brought before the Court have been successful. However, it is important to consider the Court's procedural law in addition to the substantive issues in order to properly assess the implications of the decisions. Both areas, the procedural law as well as the decisive substantial questions, can be understood as dealing with problems of uncertainty in different ways.

Until April 2021, the German Länder legally decided on most of the Covid-19-related restrictions (such as the closure of facilities, obligatory face masks, or stay-at-home orders) through regulations (Rechtsverordnungen). These are issued by the Länder’s governments (or even a single minister of the government), generally without the participation of parliament. The legal basis for the Länder’s regulations is to be found in the (federal) Infection Protection Act, namely in sections 28 and 32 and, since November 2020, in section 28a (introduced through the Third Population Protection Act). This legal entanglement between a federal statutory basis (Infection Protection Act) and the implementation by the Länder (in this case through regulations) is typical for the German system of ‘executive federalism’ (Exekutivföderalismus).

Politically, the approaches against the pandemic have always been strongly coordinated between the Länder and the Federal Government, mainly by informal meetings held with the 16 minister-presidents and the Federal Chancellor whose agreements, themselves not legally binding, had to be implemented through the Länder’s regulations. In late March 2021, when the third wave of Covid-19 infections gained momentum and the vaccination campaign had not even reached 20 % of the population, but the second lockdown had already lasted for about five months, some Länder refused to again adopt more severe restrictions (or to refrain from relaxations) while the Federal Government saw the need for hard and uniform measures to flatten the curve once again.

Against this background, the Federal Government, supported by the parliamentary groups of the governing parties in the Bundestag and by some of the Länder, decided to amend the Infection Protection Act through the Fourth Population Protection Act which was passed by the Bundestag on 21 April 2021, introducing the so-called ‘Federal Emergency Brake’ (Bundesnotbremse) in section 28b of the Infection Protection Act. This highly differentiated norm prescribes certain measures depending on the current number of infections in each administrative district. The most important threshold established by section 28b is the number of 100 infections among 100,000 inhabitants within the last seven days. If this threshold is exceeded, a curfew (with certain exceptions) becomes automatically applicable in the respective territory between 10 pm and 5 am. Other mandatory measures applying once the threshold is passed involve restrictions on private gatherings and the closure of certain facilities such as restaurants, museums, and hotels. Further, section 28b contains even more specific rules with higher thresholds regarding schools and shops. The Fourth Population Protection Act also introduced civil fines for violations of these constraints. The measures have been the subject of much public controversy, particularly focusing on the curfew.

The ‘Federal Emergency Brake’ clearly aims to centralize the German Covid-19 policy by limiting the Länder’s political margin. Since section 28b of the Infection Protection Act is ‘self-executing’, which means that an implementation through the Länder’s regulations is neither necessary nor allowed for, it considerably changed the fundamental institutional setting which had been decisive for the political course in the crisis until then, at least insofar as infection numbers exceed the aforementioned threshold.

Serious doubts were raised on whether it would have been necessary for the Bundesrat, the representation of the Länder for federal legislation, to consent to the bill. This is, however, a mere procedural issue. As far as the 'Federal Emergency Brake' is concerned, the power shift from the Länder to the federal level is not a legal question at its core. For the federal level is clearly vested with the legislative powers necessary for amending the Infection Protection Act (Article 74[1] No 19 Basic Law). Hence, the legal allegations against the statute have to be based on infringements of fundamental rights. Most of all, the opponents argue that the curfew violated the principle of proportionality as they claimed it had only little or no effect for containing the virus. Many adversaries of the ‘Federal Emergency Brake’ filed applications with the Federal Constitutional Court, among them members of Parliament belonging to the liberal democratic party (FDP) and the right-wing populist party (AfD). All in all, over 400 proceedings against the Fourth Population Protection Act were brought before the court until the end of May 2021.

According to section 32 of the Act on the Federal Constitutional Court, the Court may issue a preliminary injunction ‘if this is urgently required to avert severe disadvantage, to prevent imminent violence or for another important reason in the interest of the common good.’ In the course of its history, the Court has found a specific way for spelling out these requirements, the so-called ‘double hypothesis’ (Doppelhypothese). First, the Court assesses the disadvantages that would arise if a preliminary injunction was not issued but the constitutional complaint was to be successful in the principal proceedings. Second, the Court evaluates the disadvantages that would arise if the preliminary injunction was issued but the constitutional complaint was to be unsuccessful in the principal proceedings. In a final step, the negative outcomes of both scenarios are weighed up against each other. If the complaint challenges the constitutionality of a parliamentary statute, the reasons for granting the injunction must prevail considerably, ie the first scenario (injunction dismissed, though the statute is unconstitutional) must result in substantially more disadvantages than the second scenario (injunction granted, though the statute reveals to be constitutional in the principal proceedings). Otherwise, in the absence of such a clear preponderance, the Court exercises judicial restraint and dismisses the injunction.

What is, in general, not taken into account in the summary proceedings are the reasons put forward for the unconstitutionality of a challenged measure, unless the principal proceedings are inadmissible from the outset or manifestly unfounded. Although it is often alleged that the Court nevertheless considers the constitutionality of the disputed measures behind closed doors, here rests an important conceptual difference to preliminary proceedings before the administrative courts for which the probable result of the principal proceedings is generally decisive. The reliance on the ‘double hypothesis’ and the Court’s negligence regarding substantial questions can be read as an approach to deal with high legal and even higher factual uncertainty. Not the actual legal situation, but only the impacts of two possible developments resulting from the Court’s decision must be assessed for deciding on the application.

The Federal Constitutional Court decides by one of its two Senates, each consisting of eight Justices. Constitutional complaints (and respective applications for preliminary injunctions) may also be decided by a Chamber, each comprising three Justices. However, decisions declaring a statute to be void (and preliminary injunctions suspending the application of a statute) may only be issued by the Senate.

Decisions of the Court

As of yet, seven decisions regarding the Fourth Population Protection Act are reported on the website of the Federal Constitutional Court, two of them finally dismissing constitutional complaints (as clearly inadmissible), the other five rejecting several applications for preliminary injunctions. Although all of these proceedings could have been decided by Chambers (as eventually the Fourth Population Protection Act was not suspended), the first order of 5 May 2021 was issued by (all eight Justices of) the First Senate, certainly motivated by the assumed need for high legitimacy since these proceedings concerned the curfew as the most controversial part of the ‘Federal Emergency Brake’. The urge to generate legitimacy also becomes clear in the reasoning of the Court, since the Senate dwells upon substantial questions of constitutionality, although these issues play, as mentioned above, only a minor role for the summary proceedings – and the Senate must finally acknowledge that the results of the principal proceedings remain open, hence the summary proceedings must be decided on the basis of the ‘double hypothesis’.

Following the procedural logic of the ‘double hypothesis’, the Court has not yet spoken its final word concerning the constitutionality of the ‘Federal Emergency Brake’. The Court will provide a complete assessment of all legal questions in the principal proceedings which will be carried out although section 28b of the Infection Protection Act runs out at the end of June 2021 and Chancellor Merkel has already announced that the Government would refrain from extending the rule since infection numbers decreased significantly during May 2021.

As indicated, the Court has already given hints regarding some of the issues that will be crucial for its final decisions. Most importantly, the Court is likely to grant an extended margin of appreciation (Einschätzungsprärogative) to the Bundestag as far as factual considerations are involved, particularly concerning the question of whether the curfew has considerable effects for containing the virus. The central problem courts face when assessing the legality of the Covid-19 measures is dealing with factual uncertainty. The proceedings against the ‘Federal Emergency Brake’ before the Federal Constitutional Court provide a good example for different legal solutions concerning this issue: on the one hand, factual uncertainty is handled through procedural means – the ‘double hypothesis’. On the other hand, factual uncertainty can also be assessed in substantial terms, attributing a margin of appreciation to the legislator. Although more and more knowledge about the virus, the disease, and the efficiency of the mandatory measures such as the curfew will be gathered, uncertainty will not have vanished when the Court finally decides on the ‘Federal Emergency Brake’. Hence, judicial restraint is likely to persist in the principal proceedings, albeit through substantial rather than procedural means. 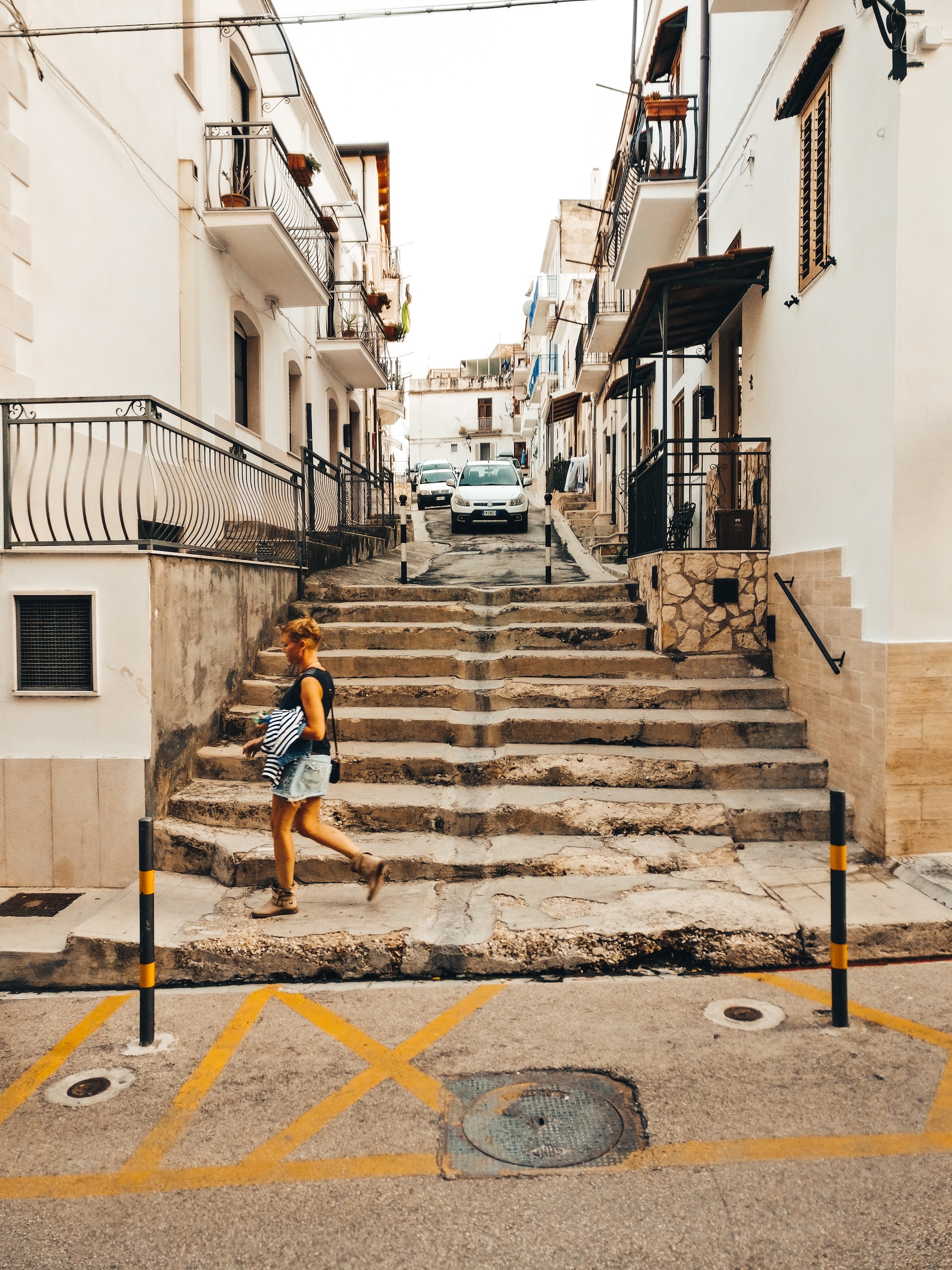 By Tamara Ehs (external contributor) While Austria was in the comfortable position of not having to hold nationwide elections during the pandemic, this fundamental democratic right was nevertheless affected. For,